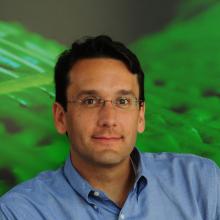 Bio:
Bill Tomlinson is a Professor of Informatics at the University of California, Irvine, and a researcher in the California Institute for Telecommunications and Information Technology. He studies the fields of sustainable information technology, computational agroecology, and computer-supported learning. His book Greening through IT (MIT Press, 2010) examines the ways in which information technology can help people think and act on the broad scales of time, space, and complexity necessary for us to address the world's current environmental issues. In addition, he has authored more than 100 publications across a range of journals, conferences, and other venues in computing, the learning sciences, and the law. His work has been reviewed by the Wall Street Journal, the Washington Post, the LA Times, Wired.com, Scientific American Frontiers, CNN, and the BBC. In 2007, he received an NSF CAREER award, and in 2008 he was selected as a Sloan Research Fellow. In 2014, he was named to the EPA's Board of Scientific Counselors, joining the Sustainable and Healthy Communities subcommittee. He holds an A.B. in Biology from Harvard College, an M.F.A. in Experimental Animation from CalArts, and S.M. and Ph.D. degrees from the MIT Media Lab.